oatian national team qualified for the quarter-finals after defeating the Japanese Samurai in a penalty shootout, 3-1, after the end of the original and extra time, with a goal for each team. The Croatian national team owes credit to goalkeeper Levakovic, who saved three penalties Of the four strikes they were hit by the Japanese team .. the beginning of the match .. the Japanese team dominated most of the first half as a result of the Croatian team playing on the counterattack as a result of the speed of the Japanese players and the closing of spaces, but the Croatian attack was without real fangs until the Samurai team managed in the 43rd minute Scoring the first goal from a quick attack that went into a corner, and with several passes, Daisen Maeda was able to score the goal amidst the Croatian defense guard. The Japanese team kept the goal in the remaining time, so the first half ended with Japan advancing with a goal without response…

The second half.. The Croats started the second half with a pressing attack to score the equalizer, with a noticeable retreat for the Japan team to maintain its lead, and it did not take long until Ivan Perisic scored the equalizing goal in the 55th minute, at the start of the second half, from a powerful header. 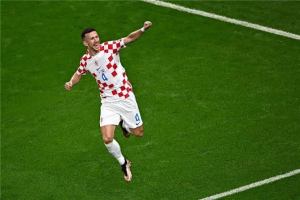 After that, play is confined to the middle of the field, even if the biggest shot is for the Croats until the match referee blows the whistle at the end of the match with a positive tie and the direction to the two additional times. Nothing new happened in the two additional halves of the match. Penalty kicks Croatia goalkeeper Dominik Levakovic was the hero of the game as he saved Japan’s first, second and fourth kicks from Takumi Minamino, Kaoru Mitoma and Maya Yoshida, while conceding the third only from Takuma Asano. On the other hand, Nikola Vlasic, Marcelo Brozović and Mario Pasalic scored Croatia’s first, second and fourth kicks, and the third was missed by Marco Levia on the right post. Thus, the Croatian national team qualifies to meet the winner from Brazil and South Korea in the quarter-finals of the World Cup, and the match will be held at the Education City Stadium on Friday, September 9 at 5:00 pm Cairo time 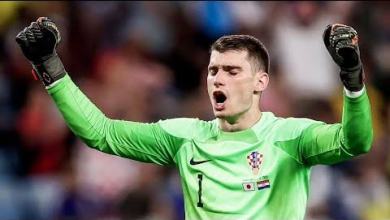