The series “The Science of Adam” (4) Lucifer

Taking your Lord of the sons of Adam from their backs and their descendants Ohhdhm themselves not your Lord said Yes, we have seen that you say the Day of Judgment, we were about this unwary “Surat custom verse 172.

The verse undoubtedly clarifies to us that all of Adam’s offspring witnessed the lordship of God, so how can some of them now deny the existence of a god for the universe 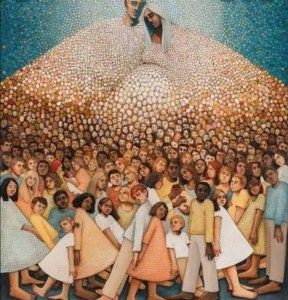 I have God created man and breathed into him of his soul, and this has seen the Lordship of God, and also God grants to human selves differentiated, and gave man the freedom to choose their own destiny, “and the same and Suihua, Volhmha Gore and intensifies, has returned from Zkyha, was disappointed Dsyha” Surat The sun verse 7:10

If the equation is not difficult to understand and comprehend, God inspired man to immorality and piety, and he must determine and choose. 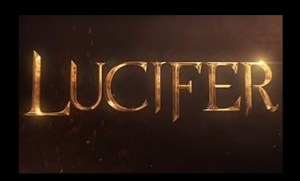 Lucifer or Satan, this creature cursed, was launched from the demonizes of his descendants, to decorate the sons of Adam, sin, and in ways that professional, there is one of the jinn of guided and safe “Say revealed to me that he heard a group of the jinn they said, We heard the Koran screamed guide to adulthood Vamna it will not involve our Lord Sunday.” Surah Al-Jinn Verse 28

Those who demonizes and follow the devil, he warned us of God and said, “O those who believe, do not follow stepped ٱheitun and follows I stepped ٱheitun it commands Bٱlvhacae and ٱlmnker and not preferred Allah upon you and the mercy of what Zaki you from a never but Allah zakaah He wills. And Allah is Hearing, Knowing” Surat An-Nur verse 21.

Satan takes you to his world with steps, and without realizing it, starting with waswasah, which is the least he does, using all his soldiers from the human demons and the demons of the jinn.

Satan has already established his kingdom, and has become the ruler of the devils of mankind and the demons of the jinn, “Verily, My servants have no authority over them except for those who follow you from among the deviant, the two stones.” Surah 2

How did this damned seduce them?

After Satan succeeded in catching sick hearts, making them submissive to him, and setting up forums for him, and they reached the point of worshiping the accursed, to achieve for them what they desire through talismanic magic, as is the case in the forums of “Freemasonry” in the whole world, and offering “blood” as an offering. It is easy to influence the world, with a method that is not random, and it has planted malicious arms in every influential place, such as “the media” and “public figures”, as well as using science fiercely.

With this, Satan is running his dominion, and his followers are competing to please him, for he is for them “Aladdin’s lamp, the fulfillment of their dreams and ambitions.

The question: How did Lucifer use the media, public figures, and science to achieve his goal, which he swore by God’s glory? Are there institutions already established to serve the devil or, as they say, Lucifer?

Answer: Yes, we will reveal everything.

For the rest of the story..

The series “The Knowledge of Adam” (1)

The series “The Knowledge of Adam” (3) Where is the Devil